We have reaped the results of the sexual revolution that was encouraged by easy birth control, including elective abortion. The fruit of this revolution has been marriage and family breakdown, to the point that roughly half of all marriages end in divorce and 42% of children have no father in the home. This breakdown has and will have devastating consequences for society. As in a typical downward spiral, this bad experience with marriage has resulted in an increasing unwillingness to marry, further encouraging people to be sexually active outside marriage.

What does God say about sex outside marriage? How should Christians respond to non-Christians who ask the common question, “What’s wrong with sex before marriage?” We have to make it clear from the start that God, in love, has given us a good plan to enjoy sex. Unfortunately, some Christians have given the impression that all sex or any physical enjoyment is evil. We have to belay that notion, which really has more to do with early Greek pagan dualism than what God reveals in his Word, the Bible. The physical body is not evil. In fact, God says we are “fearfully and wonderfully made…” (Ps. 139:14) God created a physical universe, including sex, and He said it was all good. Adam and Eve were naked and felt no shame. They had no guilt attached to their sexuality. Jesus took upon Himself a physical body, thus revealing God’s plan to redeem the physical universe. The “kingdom to come” is not in heaven, but will be here on earth! The sexual urge is God-given. Pleasure is God’s idea, not the devil’s. One writer has likened sex to fire: it’s a very pleasing thing in the fireplace, but if you start a fire in the middle of the living room, you may burn the house down.

Being equipped to answer someone about this question requires an understanding of what sex really is. Sex is not just a bodily function as with animals. Do you know what is wrong with most public school sex education programs? They start in science class by teaching that we are just animals that evolved, that we are not specially created in the image of God, with a spirit and that we are intended to be a reflection of our Creator. Once they have the children convinced that they are just animals whose lives have no special purpose, then they teach them all about sex as just another “natural” bodily function. So, why not indulge?

We are not like the animals. We are made in the image of God. We are spiritual creatures.  We have a soul. Sex is not just a physical act, but a life uniting act. 1Cor 6:16 says, “Do you not know that he who is joined to an harlot is one with her? For the two shall become one flesh, says the Lord.” God knows that sex must involve commitment to work properly. Therefore, His plan is that sex take place only in marriage.

That leads to the question of what is a marriage in God’s eyes. As described in God’s word, marriage is intended to be a life long covenant. A true biblical covenant is witnessed and confirmed in submission to God ordained authority, that is, the church and the state. A wedding is a public expression of commitment. Marriage is intended to be a reflection of God’s relationship with His people. It should be public and permanent. When Jesus spoke on marriage, He referred back to the creation account: “A man will leave his father and mother, cleave to his wife, and the two shall become one flesh.” (Gen. 2:24) This creation account reveals an intended progression. Leaving comes first. It implies a public act of commitment first. Then there is uniting. This is more than just sex. It involves communion. Only then do the two become one. Marriage is God’s plan for commitment. It is not just a piece of paper as some so glibly state in seeking to dodge commitment. Life uniting intent is evidenced by marriage, not engagement.

God warns against distortions of His plan. God’s plan was distorted by sin, which affects every area of our lives, including sex. Adultery includes all rebellion against God. Spiritual adultery is the root of all sin. As the heart wanders from God, it will surely wander from the mate. Sinful sex is just a symptom of an adulteress heart. As the heart grows cold towards God, there remains a void which leads the sinner to start looking for something to replace God. This cycle leads to compulsions, addictions, and even demonic control.

What’s wrong with premarital sex between singles? The answer requires an understanding of what sex really is. Sex is a life uniting act. It unites body, soul and spirit. Without life uniting commitment, both parties get injured. Any dissociation of the physical from the spiritual aspects of sexual activity invariably leads to dissociation of sex and commitment. Sex outside of God’s plan in marriage brings physical and spiritual death. God is not a kill joy. He warns against premarital sex because it hurts people. People hurt themselves. Premarital sex destroys a person’s understanding of who they are. 1Cor. 6:18 says that a person who commits sexual immorality sins against their own body. Illicit sex destroys one’s understanding of what we are created for, to be the temple of God.

Unfortunately, many people have already made the mistake of not following God’s plan and have been hurt. As believers, we need to make sure that people understand that the good news is that God has sent Jesus to restore us. He came to save us from sin. He didn’t come to condemn the world, but He brought forgiveness and healing, and the power to resist temptation.

We are not called as Christians to go about condemning pagans for their sins. As unbelievers come to know us and desire to have the spiritual peace that we know, they will ask about these difficult topics, such as pre-marital sex. When they ask, speak the truth in love. You must present both the law and the gospel. The good news is not good news until people know the truth and recognize their sinful condition. Only then can we offer forgiveness and grace. 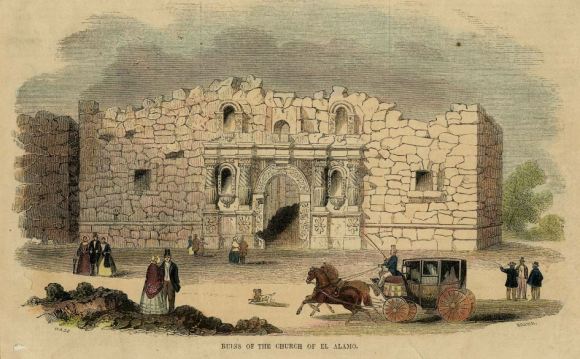 I attended a meeting of several hundred evangelical Christian pastors last week. There was practically unanimous concern that our nation is on the brink of utter destruction. Rampant corruption, gross immorality, widespread violence and sexual perversion are but symptoms of a sick society that is described prophetically in Second Timothy chapter 3: “This know also, that in the last days perilous times shall come. For men shall be lovers of their own selves, covetous, boasters, proud, blasphemers, disobedient to parents, unthankful, unholy, Without natural affection, trucebreakers, false accusers, incontinent, fierce, despisers of those that are good, Traitors, heady, highminded, lovers of pleasures more than lovers of God;” (2Ti 3:1-4) One of the speakers was a pastor from a cowboy church in Texas. He wept as he compared our country to a disobedient horse ignoring God’s call to “whoa!” He feared that we may have already reached a point where the wrath of God would fall upon this land. I shared similar feelings with him, only I compared it to a capsizing sailboat that had already passed the tipping point.

David Barton of Wall Builders, also a Texan, was a speaker at the meeting. Anyone familiar with David knows that he is a treasure trove of American history and the Bible. He provided us some interesting information from researchers such as George Barna. Most importantly, that Americans are biblically illiterate and that the level of illiteracy increases among younger generations. Not surprisingly, Barton pointed out that even though evangelical Christians vote in great numbers, they don’t vote significantly different than the population in general. So, we have “Christians” voting for homosexual marriage and a President who asks God to bless Planned Parenthood, the nation’s largest abortion provider. Much of the blame rests with those in the pulpit. Research was reported that less than 3% of pastors preached a message about homosexual marriage or abortion in the year preceding the election. Our pastors, perhaps more interested in building their church than God’s church, would prefer to preach “seeker sensitive” messages about how we can be happy. So the theme of the meeting was to encourage pastors to “stand up” for biblical truth.

The group also heard from Senators Ted Cruz of Texas and Rand Paul of Kentucky.  They both gave speeches supporting biblical values. While I’m sure that either would make a better President than the current jihadist-in-chief, I’m skeptical that, given the country’s current level of knowledge, either could get elected or that it just might be too late. It occurred to me that these speakers were preaching to the choir. Most of the pastors were well into their fifties or older. I saw very few younger pastors there. Who is going to reach the younger generation? Even if these older pastors do preach biblical truth, will younger people listen? Again, I’m skeptical. Sometimes I think that the only thing that will get the attention of these young folks is cold, cruel reality. That horse may need a case of divine whoop ass in order to get their attention. Perhaps the best that we can do is to pray for mercy and a miracle.

I was struck by the contingent of Texans at this Iowa meeting. Last week, brave Texans battled Satanists to pass the strictest pro-life law in the land. Perhaps, God’s grace will shine on Texas. It just may end up being the last free place on earth. Thinking of all of these Texans at the meeting, my memory was jogged to recall the phrase “Remember the Alamo!” It was a rallying cry for Texans fighting for their freedom to remember the brave men that died in defense of that freedom.